Byzantium at the Royal Academy

St Catherine's Monastery, Sinai (the subject of the final room in the exhibition). Photo RS 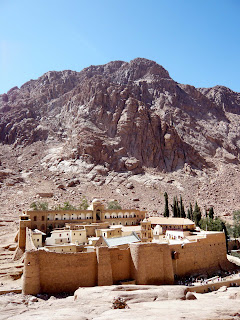 Byzantium is synonymous with splendour, and the treasures on view will live up to your wildest expectations. Here is the sixth-century Antioch Chalice, once believed to be the Holy Grail, and the greatest piece of silverware to survive from the fourth century, the Projecta Casket. There are icons, mosaics, manuscripts, ivories, gilded ornaments, silver plates, medallions, amulets, tapestries, and plenty of Byzantine bling. Wags will be getting all sorts of ideas from the gold body-chains studded with gems.

This is a blockbuster show about a blockbuster subject, one of the greatest empires the world has ever known. As the title tells us, it lasted for more than a thousand years, from its foundation by Constantine, the first Christian emperor of Rome, until it finally succumbed to the Islamic Ottoman Turks.

Despite the quantity and complexity of the material, the display is a model of clarity. It reveals how the classical world of Rome was transformed into that of the Christian era. Constantinople, built upon the earlier city of Byzantium, was at the centre of an empire whose riches were directed towards the creation of what we call ‘Byzantine’ art, although the emperor continued to rule over what he considered ‘The Empire of the Romans’.

The first room makes the point. Here are Late Antique sculptures of Christian significance from as early as the third century. These exquisite marble carvings in classical style tell the story of Jonah, which prefigured the death and resurrection of Christ. Nearby is a complete floor mosaic and a magnificent bronze head of Constantine himself, and even an early fifth-century tomb complete with wall paintings showing the tale of Susanna and the Elders, understood as an allegory of the triumph of the Christian church over heresy.

And then, of course, there are icons. Not any old icons, but some of the rarest in existence and some of the largest. Lots of them. And, in a suitably over-the-top gesture, a pair of gigantic bronze doors brought all the way from the church of S Salvatore in the southern Italian town of Atrani.

Stunning array of masterpieces. Sculptures, paintings and drawings, including works by Van Eyck, Botticelli, Ghirlandaio, Dürer, Memling and Pontormo. The marble bust of Niccolo Strozzi by Mino da Fiesole is a work of cruel realism and almost steals the show from Titian’s penetrating portrait of Pope Paul III.
'The Vulture', Daily Mail, 24 October 2008
Posted by Robin Simon at 11:46

The highlights of this show are works by Bonnard and Matisse, who do not appear in the title, although Braque is represented by major work. The rest reveals how the dealer Aimé Maeght conjured major reputations out of the whimsical creations of Miró and Calder. The jury is still out on Giacometti.
'The Vulture', Daily Mail, 10 October 2008
Posted by Robin Simon at 11:43

Magnificent paintings by Stubbs star in a show exploring the historic significance of nearby beauty spot Cresswell Crags. Also near-life-size paintings of horses commissioned by the 1st Duke of Newcastle in the early 17th century are on public display for the first time, in a striking new gallery.
'The Vulture', Daily Mail, 3 October 2008
Posted by Robin Simon at 11:41

You can click on the links below for a selection of articles by Robin Simon in The Spectator
The Courtauld at 75
The Courtauld Institute: Home House
Bruges
The Maya… deadly ball games
Giovanni Bellini and the Etruscans
Munnings and Picasso
Edward Burra
Renzo Piano in Turin
Hogarth trail
Joshua Reynolds
George Romney
In Venice for pleasure
Charles I in Madrid
Posted by Robin Simon at 12:35 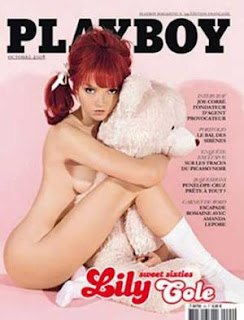