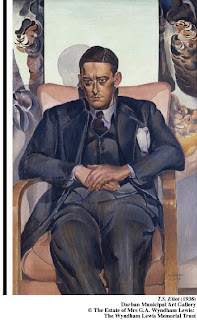 National Portrait Gallery
London. Until 19 October
Admission charge
Wyndham Lewis seemed the epitome of ‘modern art’ after World War I. Now his portraits looks like charming pastiches. The RA turned down his portrait of TS Eliot in 1938, although Sickert called him ‘the greatest portraitist of this or any other time’. A baffling episode in the history of taste.